Kwang-ho Hong is one of my favourite singers. He is a musical theatre actor from South Korea. Some of his most famous works include Jekyll & Hyde, The Phantom of the Opera, Notre-Dame de Paris, Miss Saigon, and Death Note. He has starred in numerous other musicals. 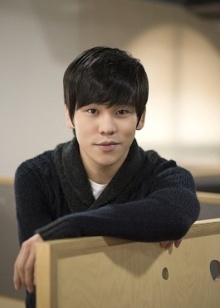 A couple of years ago, I was going through a rough time and felt hatred towards all men. I came across a video of Kwang-ho Hong singing “All I Ask of You” from my favourite musical, The Phantom of the Opera (2009). I felt so moved… and decided to open my heart. I think I cried.

I started to search him online and found out that he first played Raoul in POTO. A year later, he played Erik, the Phantom. Kwang-ho Hong was one of the youngest Phantoms in the world!

As if things were not enough, he also acted as Light Yagami from one of my favourite anime, Death Note (2015). I felt that Kwang-ho Hong and I are super alike in terms of his roles and my interests. I cannot think of any other person who is better suited to play Light.

I hope by doing this post, I can bring more attention to Kwang-ho Hong because he made an impact in my life. He is truly talented at performing live and his accomplishments are impressive. ❤