The 2018 Taiwanese drama is also known as HIStory 2: Crossing the Line. I started the show this morning and was immediately hooked. There are 8 episodes and I just finished the show, haha.

The show makes me so happy. In 2017, same-sex marriage became legal in Taiwan. I’ve been a BL (Boys Love) fan for many years but felt frustrated at Asian dramas because of the censorship. For example, in China same-sex marriage is not legal and in the BL series and films I’ve watched, the kiss scenes were deleted. Doing this made the shows confusing to watch because key scenes were removed, and sends out an unfortunate message to everyone. One of the series I enjoyed was discontinued.

The legalization of same-sex marriage in Taiwan was a great thing (and still is) for people in the lgbtq+ community and for the country. Now in 2018, we have great BL dramas and the kiss scenes are not deleted. 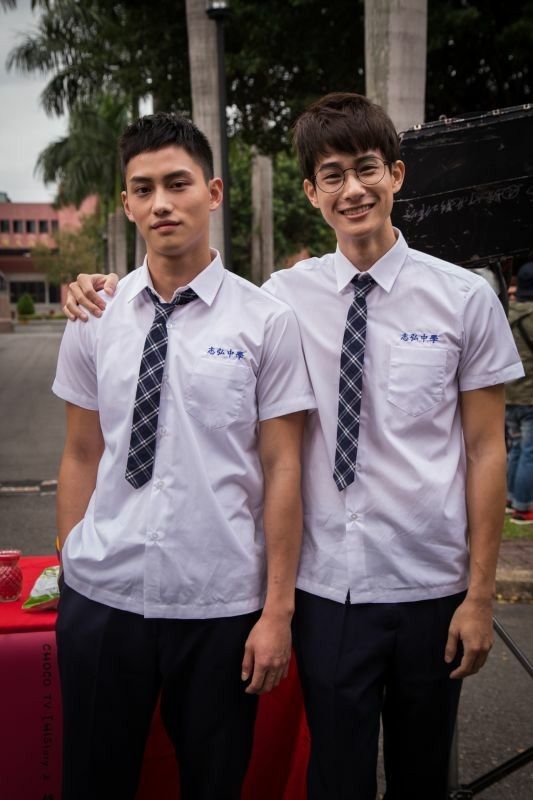 Xia Yu Hao and two of his friends, Wang Zhen Wu and Wang Zhen Wen, enrol into a new high school. Yu Hao was kicked out of his old school because of a fight. Yu Hao reluctantly joins the school’s volleyball team after being coerced into joining. He becomes close with Qiu Zi Xuan, a senior student who is the team’s manager. Due to an injury in the past, Zi Xuan is unable to play volleyball.

Wang Zhen Wu and Wang Zhen Wen are step-brothers and later join the volleyball team as well. Zhen Wen starts to ignore Zen Wu and it frustrates Zen Wu a lot. Zen Wu and Zhen Wen are the secondary couple in the series and don’t get as much screen time as the main couple. I like that there is more than one couple in the series because it mirrors a lot of BL manga. Yu Hao actually reads BL manga (probably for research), hahaha.

Although this is a BL romance drama, volleyball was a huge component of the series. There was even a Haikyuu!! reference! We get to know some of the other volleyball players and I liked that the show was not just about the two couples. While the couples are certainly the main focus, there are other things going on with the plot. I also loved the other characters in the series, like the captain of the volleyball team. This was a problem I had with the shojo manga, Dengeki Daisy. I dropped the series because I didn’t like how there wasn’t much plot apart from the couple.

This drama was a refreshing break from disturbing BL manga and webtoons. If you’re a reader of Korean BL webtoons, you will know that they have a lot of disturbing ones out there. Maybe that’s your thing, and I’m not going to judge! But for me, personally, I hate webtoons like Killing Stalking. The relationship is not healthy. For manga and webtoons in general, consent is important to me. If there is no consent, I will probably not like it.

In this series, both couples are so gentle with each other. When one person is sleeping, the other covers a blanket over him and does it in such a lovingly way. The way the characters look at each other is so cute. It’s hilarious when the characters get jealous.

In comparison to other romance dramas (including straight couples), it is less dramatic because there aren’t really any threatening people trying to sabotage their relationship. I liked this about the show a lot because it feels more realistic this way. When a drama gets too intense because of an evil person getting in the way, it’s usually not as good. I like it when all the characters are fairly decent and understanding people.

None of the characters displayed discrimination against people in the lgbtq+ community. Unfortunately, it happens way too much in Korean webtoons and Chinese manhwa where a male character feels “disgusted” by the boys’ love. -.- Both couples talk about liking another boy and it’s clear that they do not see anything wrong with it because love is love. They also don’t like it when another person discriminates against lgbtq+.

One of my biggest pet peeves in BL series (manga, webtoons, anime, dramas, movies) is when a female character tries to break up a couple between two gay men. The female is aware that they are gay but “refuse to believe it.” -.- Rest assured, this does not happen in this show. 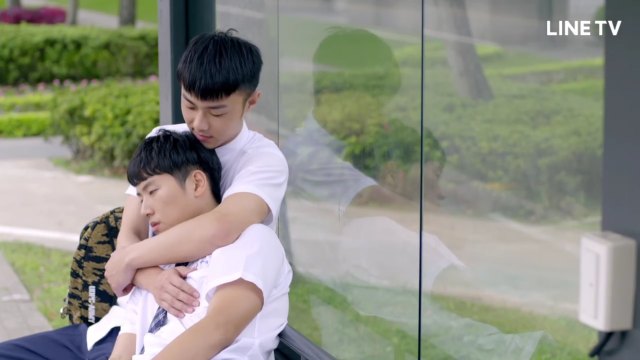 Other notable aspects of the show:

I loved the character development in Xia Yu Hao because he goes from a delinquent student with a cocky attitude to a sensitive and caring person who is passionate about volleyball. Maybe he was always like this, but it is less obvious in the beginning.

Overall, I definitely recommend this series. It’s a great BL drama because of the reasons mentioned above, and the volleyball team side to it was enjoyable to watch!