Naofumi and his party had to clean up Ren’s mess. Ren is more likable than Motoyasu, but he’s not that great of a hero either. He believed the rumors about Naofumi too easily and is too arrogant to be likable. 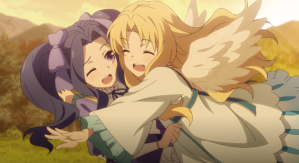 Filo’s friendship with Melty is so cute! I really like Melty. Although I knew that she was from a rich family, I was a little surprised to learn that she was Malty’s sister and the heir to the throne.

The Church of the Three Heroes is sketchy.

The heroes argue way too much. It’s a little sad to watch.

Glass is so OP! I’m really interested in learning more about her. It was hilarious when she called the other heroes “Naofumi’s slaves.” I hoped it was a reality check for them, but that was expecting too much. 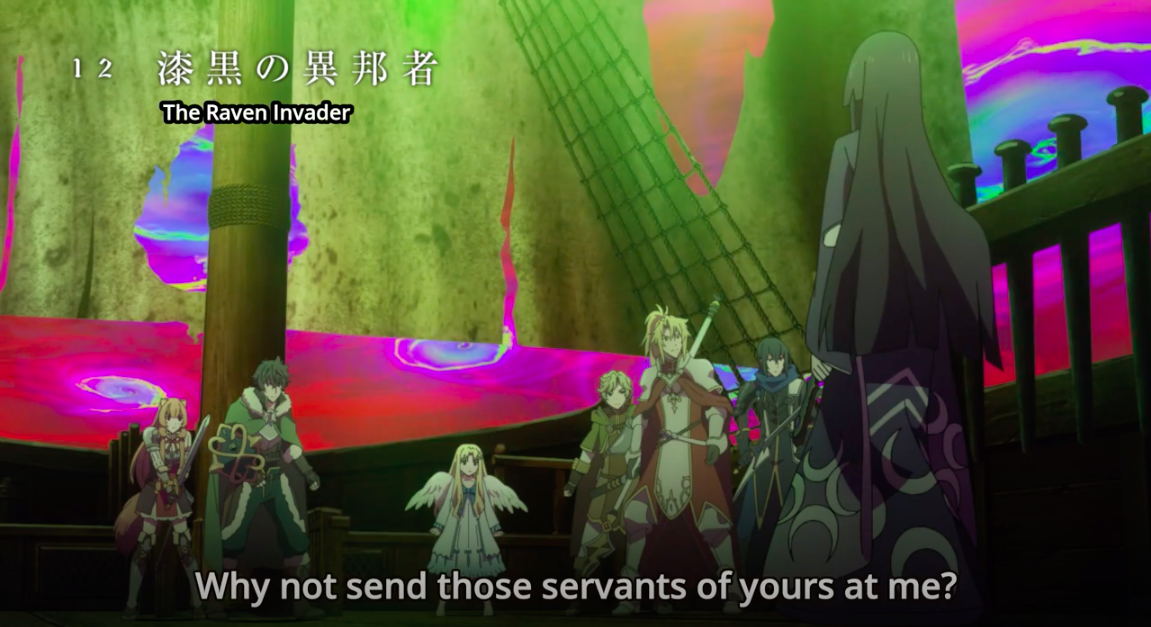 Melty is now part of Naofumi’s group and things have become quite interesting. It’s unbelievable how Malty would go to such extreme lengths to kill Melty and the others (but not really unbelievable). 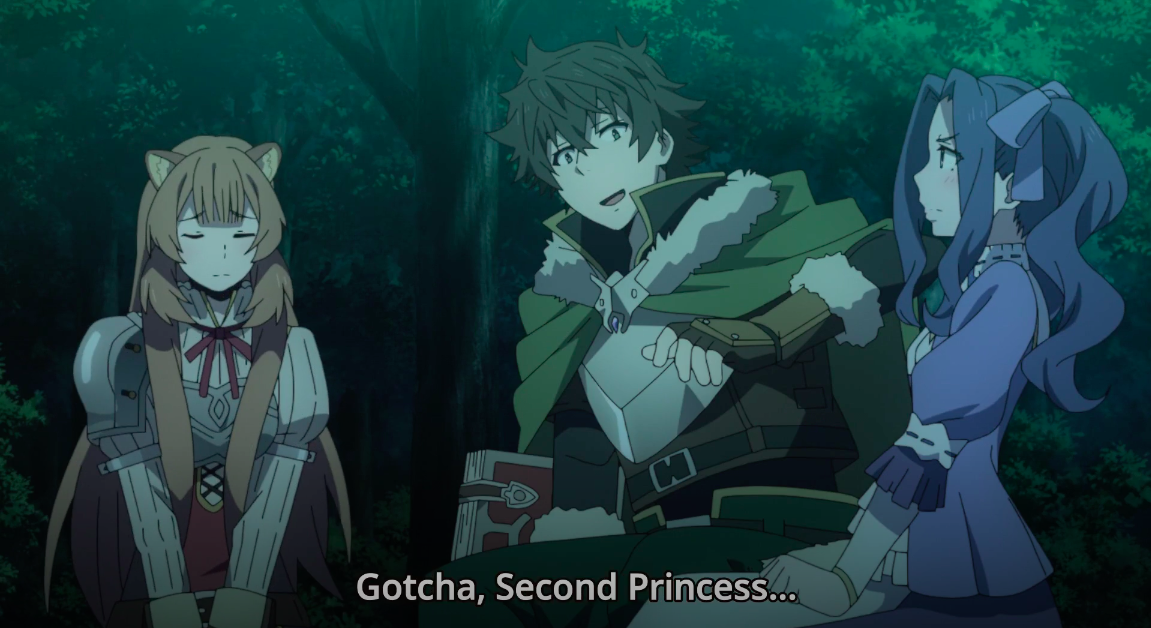 Naofumi and his names…

Van Reichnott is such a nice nobleman! Idol on the other hand, is disgusting.

We learn about Raphtalia’s past and her experiences as a slave. Idol is rotten to the core.

We meet Fitoria, queen of the Filolias. She is huge as a filolia and incredibly strong. In her human form, she’s adorable. I guess we can guess how Filo will look when she is over a hundred years old. 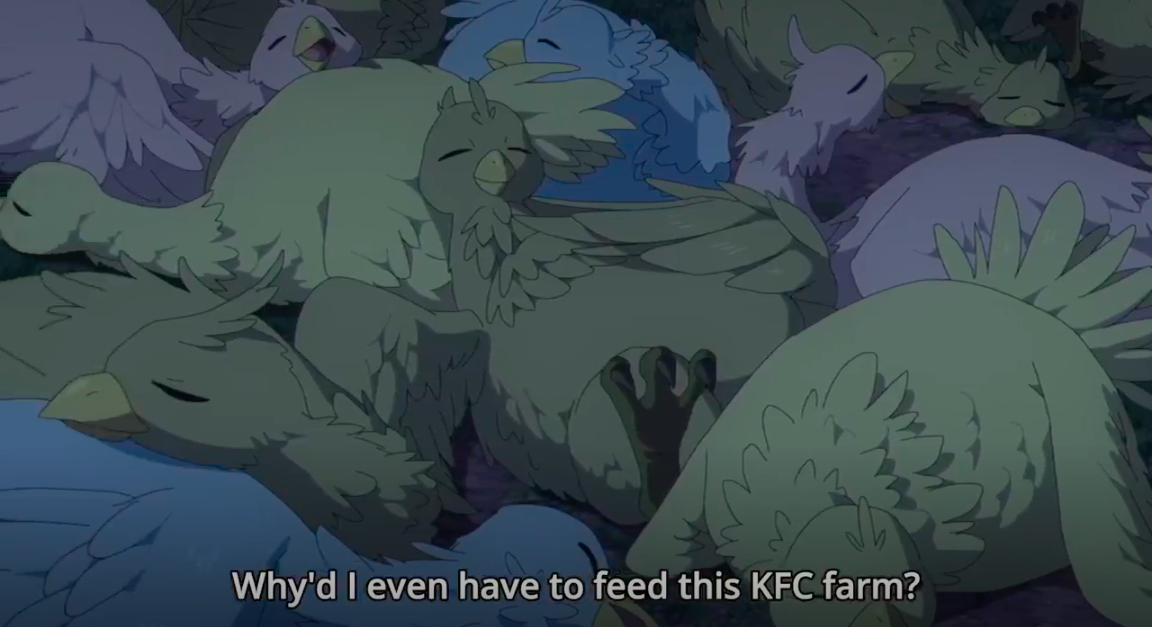 Filo gets appointed as the next filolial queen!

I always thought that Malty and the king were the main antagonists, but I see that they were led by the Church of Three Heroes. I knew they were a sketchy group, although I was a little surprised by this reveal. The fact that it took so much for Motoyasu to finally see the truth is concerning.

I was happy to see Ren and Itsuki, even though I don’t particularly like them. I knew that they were still alive, and they came at the right moment. It was great to see all four heroes finally work together.

The queen finally made an actual appearance! It was messed up how the Pope used the believers of the church like that. I don’t think the believers of the Church are bad per se, but the Pope definitely has twisted morals. This was my favourite episode so far because the fighting was incredible to watch. I enjoyed seeing the combo attacks and the heroes working together. The last move by Naofumi was awesome. The opening song played during the fight and it was so cool!

The queen of Melromarc is now my favourite character. She is ruthless, even towards her own husband and daughter. She doesn’t turn a blind eye to corruption and she does things without delay. I liked how she decided everything in the trial and how she made it so that everyone in the country could learn the truth. Unlike the king, the queen doesn’t get fooled by lies. Changing the church to the Church of the Four Heroes was a brilliant move. Naofumi is such a nice guy by letting them go. Whether you think the punishment was enough is debatable. It felt so good to finally have Naofumi’s name cleared. It was about time! It was nice seeing the blacksmith and tailor again! This was one of my favourite episodes because it was pretty satisfying to watch.

Raphtalia and Filo finally got to level up. I’m guessing that the person Naofumi bumped into in Raphtalia’s old village will be important later on (potentially an enemy?). The series is almost over so I’m curious as to how much more will be shown before the anime is complete.

We meet L’Arc and Therese, and they team up with Naofumi’s party. I’m glad that Naofumi found “acquaintances” because his journey has been so rough. He finally got to have fun with the others. I think that L’Arc and Therese are good people, but there is something off about them. I am still skeptical at this point.

My suspicions about L’Arc and Therese were correct. Glass appeared again, and she’s on their side.

A new person joined Naofumi’s party! The story is definitely not finished, so I’m wondering if we will get a second season. The finale was sweet.

Closing thoughts: The Rising of the Shield Hero started off strong and episodes 18-21 were really fun to watch. Overall, I think this is a good isekai and recommend it!

Neha’s Attack on Titan Season 3 Part 2 post inspired me to do a similar format with this post on my impressions of the first seven episodes of Shield Hero. Spoilers ahead.

Other titles: 盾の勇者の成り上がり Tate no Yūsha no Nariagari

Episode 1 of Shield Hero is 45 minutes long! That’s twice the length of a regular episode. I appreciated the lengthly episode because it showed Naofumi getting betrayed and outcasted. I saw the betrayal coming because there were a number of red flags.

I really enjoyed this episode because I’m interested in the theme of betrayal and it was interesting to see how Naofumi changed as a result of that experience. I liked seeing how Naofumi navigated the world by himself.

One of the things I like about this anime the most is the world, like the heroes’ technology, monsters, potions, and more. There’s a lot of world building and I think that’s fascinating.

It was about time for somebody to join Naofumi’s party. Raphtalia is so cute!

I did feel uncomfortable about the fact that Naofumi forced a little girl to kill monsters, especially monsters that killed her parents. I thought it was ethically wrong and was wondering why nobody really talked about it. I thought about dropping this series because of it, but decided to continue watching after a couple of friends encouraged me to continue Shield Hero. After this episode, it does get better and I am happy that I didn’t drop this series. 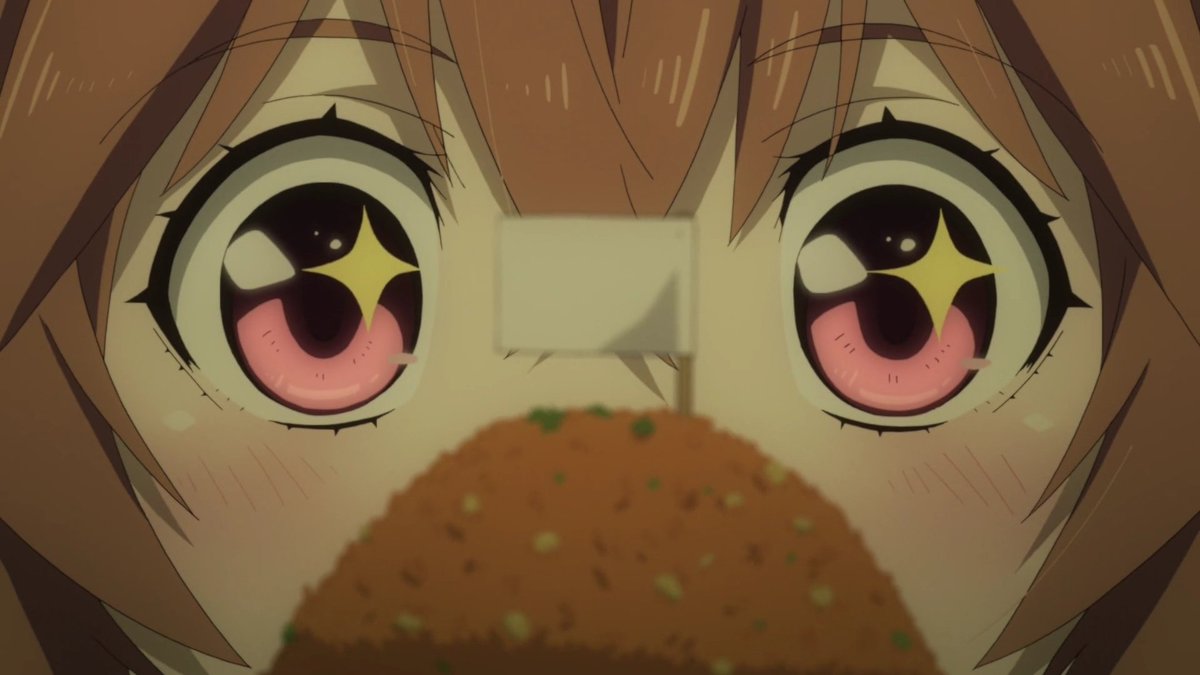 It was about time that we saw the other heroes! This was an action-filled episode which I enjoyed watching. 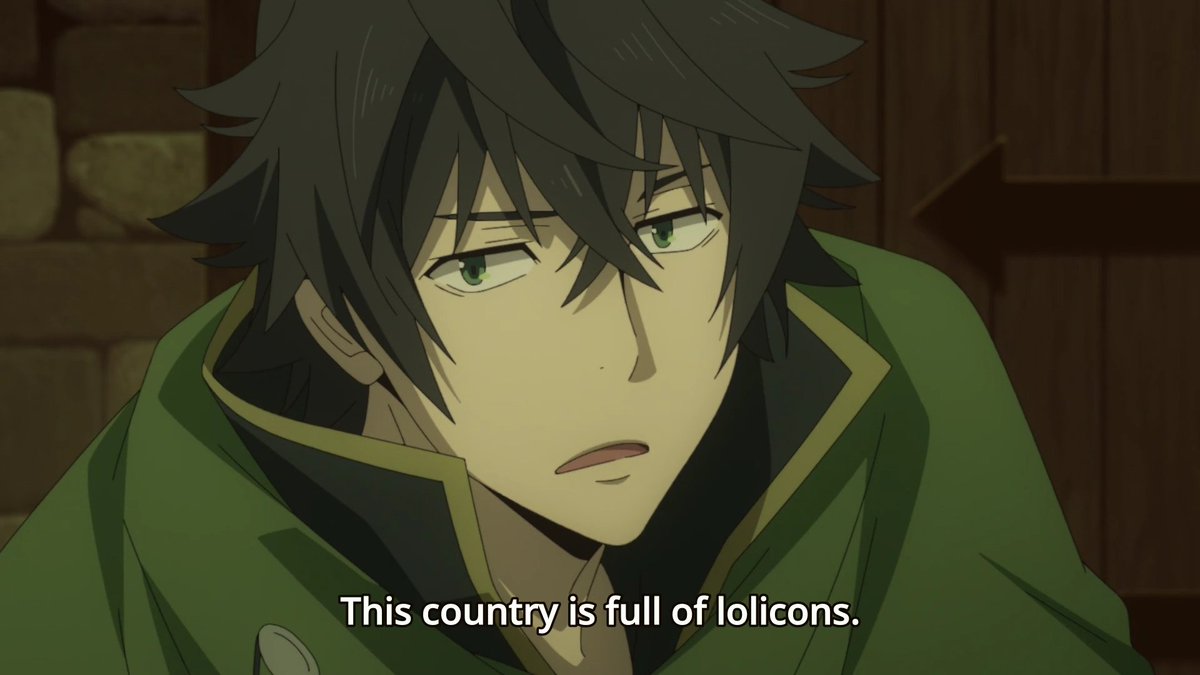 I wonder if the characters in the world know what ‘lolicon’ means.

This episode made me very angry. The king is so incompetent and I despise Malty so much. There really aren’t any likeable characters at this point besides Naofumi, Raphtalia and the blacksmith.

I feel like the spear hero is being pulled by strings like a puppet by Malty. I think that she pretends to be loyal to him and that she has an ulterior motive. This is just a guess, so I could be wrong about this.

The fact that Malty had to resort to cheating because she knew that the spear hero was going to lose the fight made me laugh. Then when the king and all his people turned a blindside to the cheating, I felt enraged. Let’s just say that I felt an array of emotions in this episode. I am glad that the other two heroes stood up for Naofumi, but I still don’t like them.

The ending of this episode was nice because it was a sweet moment of Naofumi and Raphtalia. It almost made me get over my rage over the episode. Raphtalia definitely matured a lot.

I really like Filo, the bird. I didn’t expect to see the spear hero and Malty so soon but it was sweet karma when Filo won against against the spear hero’s dragon. Again Malty resorted to cheating, but that’s not surprising.

Filo, the bird, turned into a cute girl! I guess anything can happen in anime. I liked Filo as a bird so nothing has changed. I do like Filo more than Raphtalia. I really liked Raphtalia in the beginning but she seems to be trying a little too hard to get Naofumi’s attention. Her feelings are valid, of course, but it’s getting a little annoying to watch…

I still think Naofumi is a really good person, especially when he helped the man with the sick mother. Although he did charge the man for 1 silver, Naofumi does need funds so I thought it was reasonable.

The tailor is awesome. I like her passion for sewing cute clothes and how she takes her client’s qualities and characteristics into consideration. 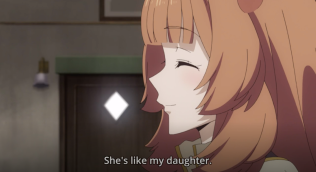 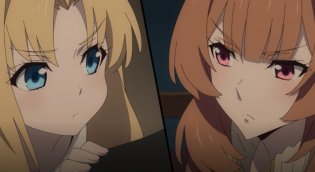 I think that Naofumi is very humble, as he does not openly tell the villagers that he is the shield hero or the person going around the villages healing people. Naofumi and his party had to fix the mess the spear hero created, which is not surprising because the spear hero is useless.

I felt more empathic towards Raphtalia because Filo declared that she wanted Naofumi to be her mate. I’m glad the two of them ended on good terms at the end of the episode because the petty drama was getting a little ridiculous.

Let me know if you want me to continue with this format with Shield Hero or other shows! I’m definitely going to continue watching Shield Hero and it’s one of the shows I look forward to the most at the moment.