Synopsis: Mashiro Aoi walks into an antique shop in Kyoto. There she meets Yagashira Kiyotaka, nicknamed “Holmes,” and she starts working there with him. Together, they solve cases related to antiques and artwork.

The cases are not like those in Detective Conan, which I thought this was cool because they were doing their own thing with it. The cases are about antique counterfeits and art thieves, which isn’t super interesting. Some anibloggers critiqued the show from the start by saying it was unimaginative, and it did get boring. It seemed that every episode progressively became more uneventful so I dropped it.

I genuinely enjoyed this anime in the beginning. I was learning about Japanese antiques, history and festivals so I thought it was informative yet pleasant to watch. I dropped it after watching episode 6.

I reviewed the first season (post here) and gave it a good review. However, I don’t think I will be continuing this one because I wasn’t too impressed with how the first episode was handled.

I didn’t like the pacing of the first episode. It was very rushed. A criticism I had in my review on the first season appeared again because Phoenix figured out contradictions really fast. It makes the case seem so easy, but the game is a bit harder. I think they could have showed us Phoenix’s thought process more, instead of having him point out contradictions immediately.

It also didn’t sit right with me that there was such an energetic mood, even though someone had just been murdered. Maggey Byrde seemed a little too happy, even though the victim was her boyfriend. Then Gumshoe sends her roses at the end of the episode which was funny, but too soon! What kind of mood are they going for? The exaggerated effects made me laugh, so I guess they want the audience to laugh while watching this court case.

I love the opening theme because Yamashita Tomohisa (Yamapi) sings it. I recognized his voice right away because he was my idol when I was in high school. This was one of the best parts of the show.

These aren’t in any particular order. I actually rarely drop shows.

Note: If you disagree with me, know that I probably won’t debate with you. I will most likely agree with your points, but it won’t really change my thoughts. 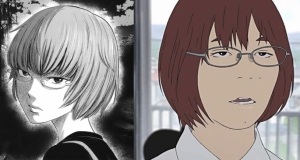 LOOK at this manga vs anime comparison. I don’t like the art in the anime. I guess it looks realistic but it doesn’t at the same time. It’s uncanny and it makes me uncomfortable. I didn’t really like the manga/plot either.

Slice of life does not interest me. I feel like I don’t learn anything by watching this and the plot is very flat. I don’t find the scenes funny. My sense of humour died a long time ago, I think. I KNOW that a lot of people enjoyed this series and I can understand that.

I actually got somewhat far into the show until I realized that I was not really interested in Go. I did enjoy it, but I don’t think I can watch 75 episodes of this. 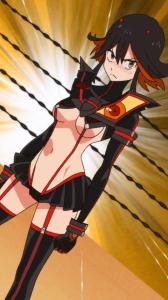 I’ve heard nothing but great things about this show. However, the weirdness of it created distance with me. Also, the outfits are ridiculous. Fan service? Maybe, probably. I’m not interested in girls fan service… at all.

I’ve seen a lot of episodes of this show… then I realized it was stupid. I think the problem was that I was too old when I watched it. The manga was cool and I wished the anime was similar to the manga. Compare this to the manga… 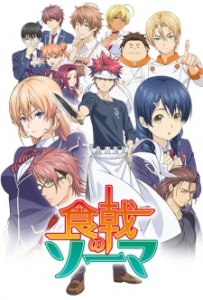 Hear me out on this one. I think Food Wars! is really good, and I really like Souma. The food looks delicious and the plot is good. The main problem is… well I’m sure you can guess. I… can’t deal with it. (Yes, I’m talking about the weird sounds they make when their clothes are torn off because the food is that good.) I have to cover my eyes LOL. I know that it’s a metaphor but that doesn’t change the fact that I still feel uncomfortable. 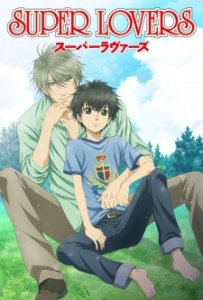 Let’s make a few things clear. I like BL so this has nothing to do with the fact that they are both men. I know that they are not blood related so it’s not incest. I have a problem with Ren. He’s a brat and it seems like Haru is doing most of the work in their relationship. If I don’t like the main character, I have to really like the supporting characters. Unfortunately, I don’t have strong opinions on the other brothers. Also, Ren is in high school. I’m fine with age gaps but they both have to be adults for me. You can’t deny that there are romantic hints everywhere.