Synopsis: Saiki is a psychic. He can do pretty much anything, but there are limits to his powers. He hides his psychic abilities from his friends and his life is full of disastrous moments that he has to deal with. The English title of this anime is “The Disastrous Life of Saiki K.”

Even though this was staged, I like the gyaru the most out of the girls in the show. I think that her and Saiki are cute together.

Does this mean that Saiki was behind the recaps all along?

… Not creepy at all. That smile though.

This is true. Saiki actually knows so much about people. High EQ.

Pfft, this greeting… I love it. (Saiki is able to talk to animals.)

What?? (For context, Saiki, Nendou, and their friends were stranded on an island in a previous episode. The hamster was there all along but we never knew.)

Some context: Satou is an ordinary guy. I like how Saiki has Satou’s physical education scores.

Uh… not creepy at all…

This is the first time Saiki has wanted to be friends with someone! Usually, he thinks that people are too bothersome or too much trouble. I like how no one else notices Satou except for Saiki.

Thoughts: I adore Saiki but the stalking was… It was a little too creepy for me.

Originally, I was going to write about every episode. I’ve already made folders of screenshots from each episode. But I’ve changed my mind and have decided to only blog about my favourite episodes. Episode 11 was too good.

Synopsis: Saiki is a psychic. He can do pretty much anything, but there are limits to his powers. He hides his psychic abilities from his friends and his life is full of disastrous moments that he has to deal with. The English title of this anime is “The Disastrous Life of Saiki K.”

I actually notice when shows do this.

I knew he was going to talking about handholding. Still, it was a cute scene.

Unpopular opinion, but I don’t like Teruhashi. Another unpopular opinion: I love Saiki’s brother, Kusuke. If you didn’t know, Kusuke is exactly the kind of character I like in anime. This scene was very satisfying.

Saiki’s life is anything but ordinary. It’s disastrous. Seeing Saiki so excited about an ordinary guy is so funny and cute.

Saiki is so nosy! Just look at him hiding behind the pole watching the ordinary guy. He’s a very caring and protective person though so I think it’s okay.

A little context: Saiki wears thin gloves at all times. If he touches an object with his bare hands, he will see the history behind the object. If he touches a book, he will probably see a flashback of a previous reader spoiling the book’s ending. His glove tears and he sees a love story between two people who borrowed the same book. However, he only sees little snippets of their love story and it keeps ending on a cliffhanger. He has no choice but to keep touching the rest of the books in the series (which also means spoiling the books).

I told you Saiki is very nosy.

He’s talking about the pacing of the love story between the readers, not the actual book plot hahaha.

It’s all about the IRL love story now. Who cares about the book series?

I left out screenshots of the love story on purpose, but it’s actually wild. You should watch the episode for yourself!

In Parasyte episode 14, we watch a university lecture that talks about a legitimate topic: the “selfish gene” theory. I have a BA in Psychology and one of my course books was the famous book, The Selfish Gene.

I transcribed the lecture because I find it easier to absorb information when it’s in one space (rather than looking through minutes of subtitles).

Altruism is action undertaken for the benefit of others. It’s the opposite of self-interest, and would seem to have no benefit for oneself. If anything, this action tends to help others while being disadvantageous to the actor. While this may not be surprising, among human beings, altruistic behaviour has actually been reported in several animal species. For example, honeybees will sacrifice themselves, one after the next, to protect the hive if predators appear. While this could just be instinct, some actions would not seem to preserve the species. The prime of example of this could be said to be… infanticide. Why kill the offspring of one’s own species? In recent years, what’s often brought up is… the “selfish gene” theory. Put simply, all animals are manipulated by their own body’s DNA. What’s important is the self, and the offspring that will inherit that DNA, rather than the species as a whole. If we expand on this theory, we can explain all altruistic behaviour, such as caring for others in one’s “pack,” familial love, marital love, and even maternal love. This would mean that love and compassion don’t actually exist. All behaviour appearing to be love is just behaviour to aid to transmitting one’s own DNA. Of course, this theory is not without its problems. There have been countless examples of animals helping others completely unrelated to their DNA strain, or protecting those of a different species altogether. What’s more, can a theory like this fully encompass the complexity, the depth of human consciousness? In which case, it’s interesting to consider whether human efforts in environmental and natural conservation are altruistic or selfish.

It’s pretty long! I’ve bolded the parts I thought were most thought-provoking. Having learned this before, I can say that the professor gave a really good lecture. I don’t know any other anime that actually teaches the audience something for this long. Usually it’s a 15-second explanation or something like that. Parasyte is an amazing anime and it’s also one of my top 5. Consider giving it a try.

Honestly, I’m not quite sure what the point of this post is. However, it’s here for anyone who is interested LOL.

Well, there are a few anime that are special to me. One of them is Death Note. Another one is Vampire Knight. I got into Vampire Knight in 2009, when I was 12 years old. It was also the first manga I bought. I’ve watched the anime and read all of the manga.

I will never watch or read Vampire Knight again. I rarely rewatch anything to begin with (Click here for more context) but I just don’t think I will enjoy rewatching/rereading it. It’s also because I hate Yuki Cross, the female lead.

Even so, this series has a special place for me. Because I didn’t like Yuki, I’ve read a ton of fanfiction where Yuki was a minor character.

I still love the art style of the manga. Toga Yagari and the entire Night class are so attractive, especially Kaname Kuran. The opening and ending songs are still amazing and the soundtrack is really good.

Do you have an anime that has a special place in your heart? Let me know in the comments!

In Season 4, Episodes 16-17 (or Episodes 79-80) Katsuki Bakugo and Shoto Todoroki attend a course because they both failed the second phase of the Hero exam.

I think that Bakugo and Todoroki are amongst the top five strongest students in the class. Even though they’re so strong, they still failed the exam and had to take an extra course.

This scene was a good reminder for myself as I’ve been feeling this way for the past couple of days.

I got more figures. I’m excited to do some nendo photography with my friends and their nendos once social distancing is lifted. ^^

These figures are discontinued so I’m really happy that I was able to buy them. This is from Mekakucity Actors, also known as The Kagerou Project. I’ve actually cosplayed Kido Tsubomi a couple of times.

Had some fun with the photos:

I got a free poster too!

I made edits to my Kaneki cosplay from June 2018. Click HERE to see the cosplay photos from 2018.

Rikuo Uozumi from Sing “Yesterday” For Me.

I will also cosplay as Haru and Rou. 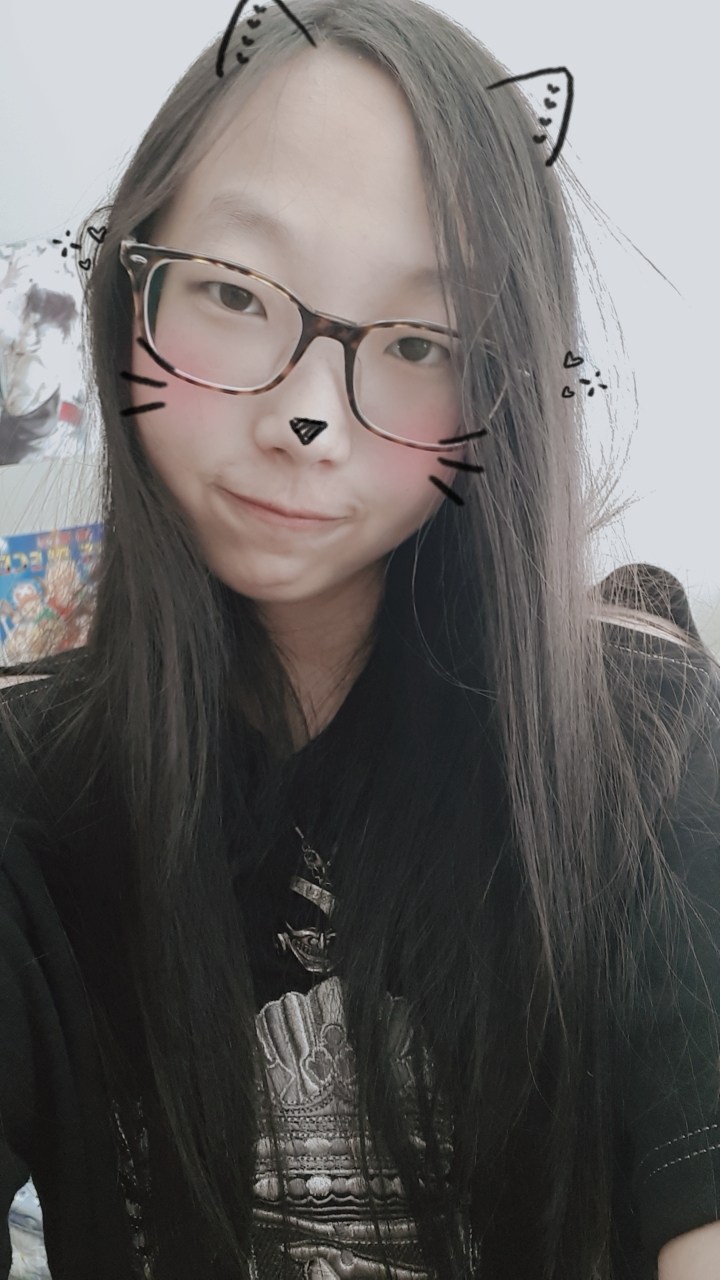 
See more on the About page!